So! It’s been a while and I come back with nothing but sad and unhappy stories.

As perhaps some of you knew, my team was one of the UK finalists in the Microsoft Imagine Cup competition. As fate wanted, we did not win. We came home, not empty-handed but in a way, empty-hearted. Maybe it is for the best; my team is composed of Master’s students and the workload isn’t comparable. I did not expect to have enough time to make it through to the finals, so maybe it is indeed for the best that someone else won.

Still, we got some loot from this competition! We won a magnificent Microsoft LifeCam HD and a superb Microsoft Wireless Mobile Mouse 6000, with the new BlueTrack technology! Last but not least, we also got a diploma signed by Bill Gates himself! Quite good huh?

Unfortunately I cannot post many details from this visit to Microsoft’s campus in Reading as we were all forced to sign an NDA to prevent us from leaking the latest details. All that I can say is that I’ve tried a Windows Phone 7 and it’s amazing. It’s a complete break with Windows Mobile and it is definitely a great break. From my experience I can say that the OS still feels a bit unpolished on certain aspects like image handling, but that’s to be expected as it hasn’t even been released yet. I also got to try a Microsoft Surface in person and whoa…. it’s quite an amazing experience and I quite like the applications they have to showcase it. Perhaps the only disappointing factor is that it doesn’t use either resistive or capacitive technologies, but instead it resorts to a projection and five cameras to detect touches. That is why it is such a tall device.

We also got a nice presentation by a gentleman from Lionhead Studios but unfortunately they had really strong feelings about the NDA and I am really not supposed to say anything about that!

Moving on to the next topic there’s… volcano ash! Namely Eyjafjallajökull’s ash. This is the name of the very nasty Icelandic volcano that has stopped me from going back to Portugal for my well deserved holidays. I had a flight booked for the 16th which got cancelled, then I rebooked it for today (the 19th) and again it got cancelled, and right now I have it booked for this Friday, hoping that things will look better in a few days.

The latest news on this is that the volcano comes from the UK Met Office (check image) and they tell us that it has actually stopped erupting and that maybe now the skies will start clearing. 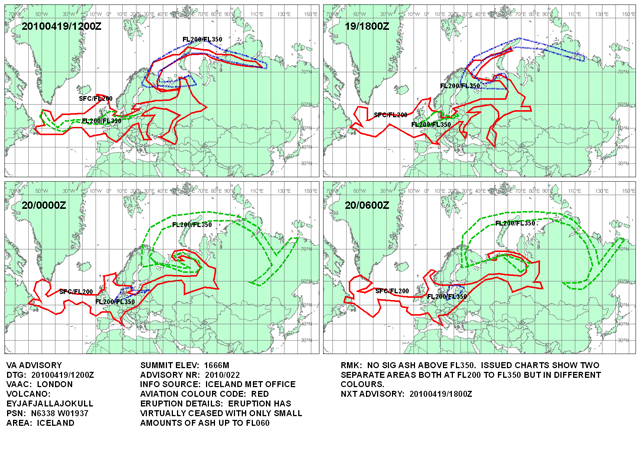