The good people at Roxio finally had mercy on us, Android users, and decided to release a version of this game on the Android platform. You can find it in the Android Market as a Lite Beta version. I’ve had the chance to try it on my Samsung Galaxy S and let me tell you: it’s orders of magnitude faster than the same game on my iPad. Absolutely stunning and fluid. Give it a go! 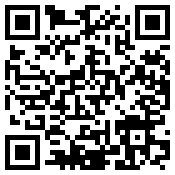 (Don’t know what this is? Download an app called “Barcode Scanner” and scan this code to download “Angry Birds” right away!)