We all know the folks at Adobe are some really nice people and that Steve Jobs was just being a bastard by not allowing Flash on the iPhone. But as it turns out, whilst Apple is too restrictive as to what it allows on their AppStore and their iDevices, Adobe on the other hand is too permissive and they might have just crossed a line.

Now, I understand that companies are all just trying to make money but if you attempt to install the latest Adobe Acrobat Reader and you’re using Firefox, you’ll be asked to install a Firefox extension to manage the download. While I typically try to avoid these downloaders (mostly because they’re unnecessary and due to the fact that I don’t feel comfortable with a company that thinks they’re too important to give me a direct HTTP link), I was in a rush and I couldn’t find a direct link on the page I was taken to. Considering this, I just thought “how bad can it be?” and went ahead.

What was not my surprise when I saw the following, without ANY user input at all: 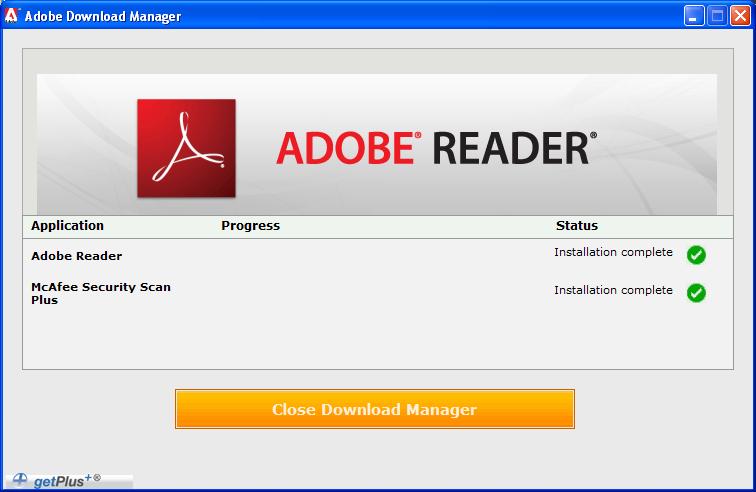 Yep, what you see there is Adobe’s downloader which has just installed McAfee Security Scan Plus. Without prompting me about it AT ALL. I was pretty annoyed with this situation because if this isn’t the definition of ad/spyware, then I don’t know what is. I just thought I’d write this as I’m not usually very happy with companies who think it’s OK to install software on my computer without my consent. It’s not OK. Adobe, you’re the one McAfee should be protecting me from.