As some of you may know, I have recently taken up a new hobby. I started with (very) amateur astronomy. Now while the Dutch skies are not the best for astronomy due to having the worst light pollution in Europe (probably due to its extensive greenhouses and the artificial lightning they require), it’s still possible to see the closer objects to Earth such as the planets in our own solar system.

While I had seen Jupiter in multiple occasions before, as it is visible with the naked eye, seeing its four largest moons live (Europa, Io, Ganymede and Callisto) was definitely a first for me. Believe me when I say that the photograph does not do justice to the real thing and it is indeed a pity. The photo has been taken last Sunday morning (October 5th 2014 at 6:40am, before the sunrise as Jupiter then becomes invisible due to the sunlight) with my Canon EOS 550D attached to my telescope via a T2 adapter especially tailored for Canon DSLRs. While this adapter does wonders compared to aligning a mobile phone camera with the eye piece, it also attaches directly to the telescope and thus, takes no advantage of any lens-enabling magnification.

The result is what you see below. I’ve cropped the photos to show only the section where Jupiter and its moons are. Despite not being as good as looking at it through a 10mm lens on a 3x Barlow (totaling a 400x zoom), it’s still quite a sight 🙂 .

Keep scrolling for the photos and until the next time! 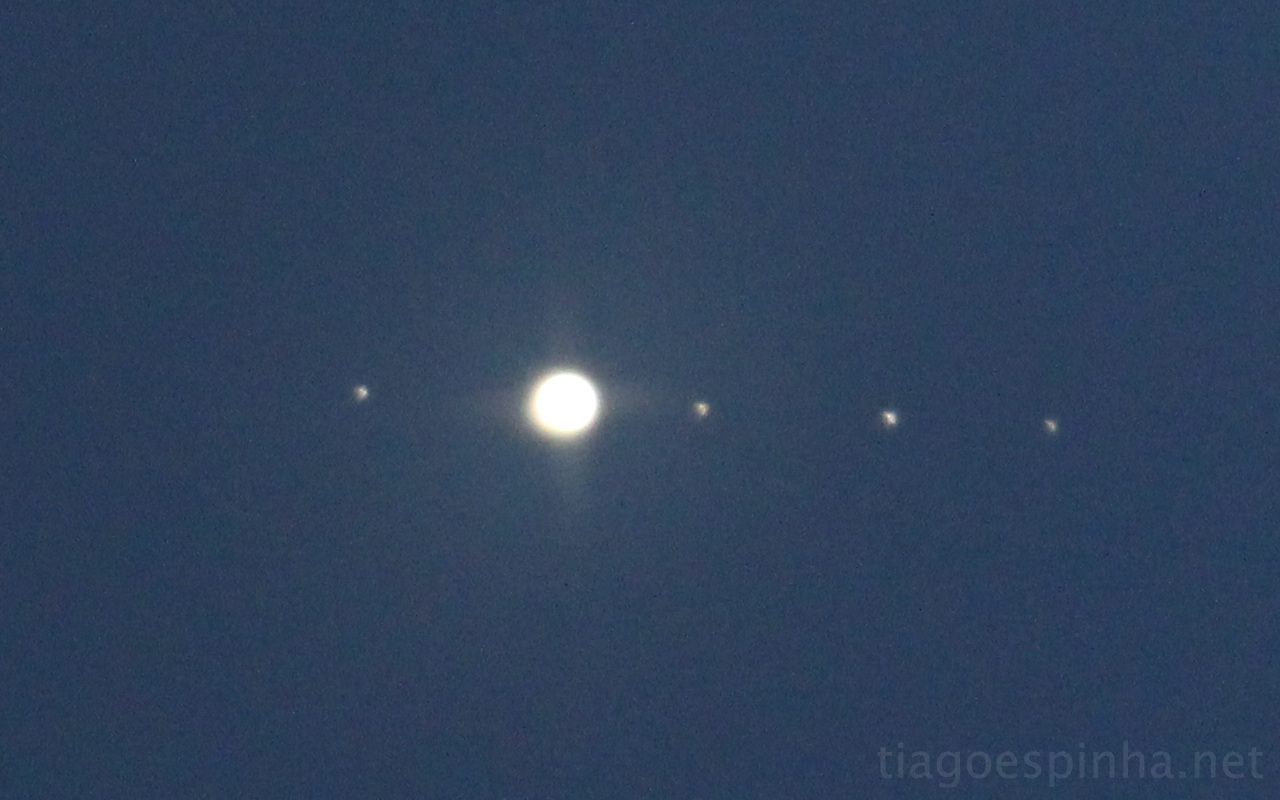